When water leaking from a hot water pipe began to seep in through the roof of a retirement home in the Belgian town of Mortsel, the plumber called in to fix the leak found the problem singularly unsolvable. Experts from Polygon Restoration were summoned, and soon came up with an ingenious solution which saved the property owner a significant amount of money.

An elderly couple living in a retirement home in Mortsel suddenly noticed that water was leaking in through their ceiling. A plumber was called, but wasn’t able to localise the problem. The owner of the property then turned to Polygon Restoration, where Quinten Quartier, an expert in water leaks, took on the assignment.

Together with three colleagues, Quinten ascended to the 300-square metre roof of the retirement home. There, they discovered that the hot water pipes were embedded in the insulation under the roof, meaning that accessing the pipes would have entailed tearing up the roof.

“That was not a cost the property owner was willing to take,” explains Quinten Quartier.

Another problem the technicians were confronted with was that the complete piping system was over 100 metres long, a factor which implied that using an endoscope camera to locate the leak would be impossible. Instead, Quinten and his colleagues decided to pressurise the entire system, which would allow them to see if any parts suffered from a drop in pressure.

“Our inspection showed that the pressure dropped in five of the total 20 pipes, which indicated that each of these five were compromised and leaking,” says Quinten.

As the property’s owner had already said that ripping up the roof was out of the question, Polygon Restorations technicians set to work trying to identify an alternative solution. The first thing they tried was to simply disconnect the five pipes in question – an idea which proved to work excellently.

“When we reactivated the system, we were able to conclude that it was still working at around 90 percent of its previous capacity. Perfectly adequate to continue providing the retirement home with hot water,” explains Quinten.

The owner of the property was understandably extremely satisfied with Polygon Restoration’s cost-effective solution, and has now committed to take preventive measures against any similar events in the future.

“The most likely cause for the leaks was that water remained in the pipes during the winter and froze solid. Somebody had obviously forgotten to add some anti-freeze gel to the system,” concludes Quinten Quartier. 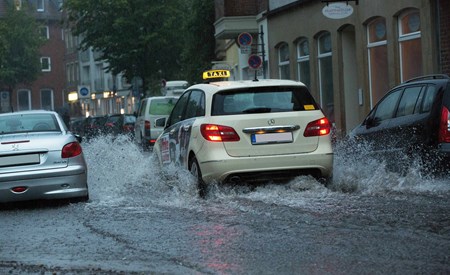 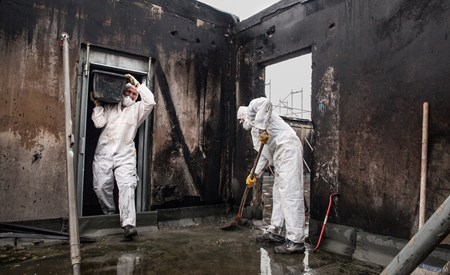 When a rooftop fire created serious damage to an apartment block in Kolbotn, Norway, Polygon... 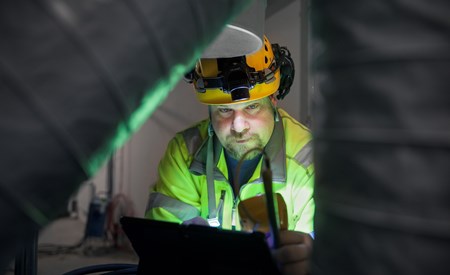 In one of Stockholm’s northern suburbs, a brand new neighbourhood is emerging on the grounds of a...