Behind the scenes of surge: Q&A with Amar Randhawa

Over the course of the next few weeks, Polygon will be highlighting members of the dedicated surge team, so you can get to know the people that are working hard for you behind the scenes, to help support policyholders after a major weather event. For our next chapter in the surge Q&A series, meet Claims Handler, Amar Randhawa, who joined Polygon in 2014…

As a Claims Handler, my day job is to work in a customer specific team. All claims handlers work with set insurance partners to fulfill their own specific requirements. Since joining Polygon, I have been trained in all insurer requirements, which means when a surge event hits, I move into our dedicated surge team seamlessly.

The claims handlers who work in the surge team are the most experienced members of our team. Every morning we work together to plan the day as we understand the need to get things done. Part of my role is to be confident enough to review the plan throughout the day and decide if priorities need to change. It’s very important that we speak to every new customer within the first few hours of receiving their claim, especially during surge.

Surge can be pressurised, hectic and fast-paced; but I really do enjoy it.  When an event happens, the day definitely goes a bit quicker. It’s certainly all hands on deck!

My top tips for working during surge when a new colleague joins us are:

People may not be aware that we have a dedicated surge area in HQ, this allows us to work as the surge team to coordinate the management of claims. This is kept separate to BAU (business as usual) claims, so that both can be given the focus they require.

We find that customers are more understanding during the early stages of a surge. Although, they still deserve the highest standards of customer service throughout the entire claim, which is always our aim. Part of our training is based around walking in the customers’ shoes. In all claims, surge or not, we try to think about what we would expect for our parents or grandparents.

We hope Amar’s Q&A has given you some real insight into the surge process. Tune in soon to meet the next Polygon surge team member… 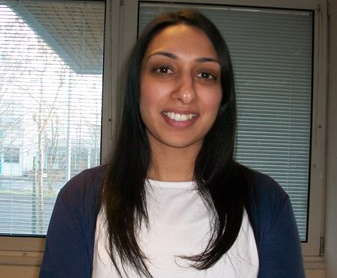