Behind the faces of surge: Q&A with Louise Sevilla

For the last few weeks, Polygon has been highlighting members of the dedicated surge team, so you can get to know the people that are working hard for you behind the scenes, to help support policyholders after a major weather event. Our last chapter in the surge Q&A series, focuses on Louise Sevilla, from the Major and Complex Claims team, who joined Polygon in 2016...

The projects we handle in Major & Complex Claims (or MCC as it’s known) differ from BAU (business as usual), as they are more complicated, larger and focus on more commercial settings, such as factories, offices, warehouses and churches. A key part of what we do, is establishing the size of the incident and how many workers will be needed in order to get the business back to normal.

My role is to work with my team to ensure the correct resources are in the right area at the right time. Sometimes hotel bookings are needed as well. We ultimately ensure that field managers have all the relevant information they need to make informed decisions to progress the project.

Hectic for everybody and normal working hours go out of the window. Although the processes are pretty much the same, there is a significant increase in the claims we have to handle at the same time. We work with technicians over the weekends to support them, as they are usually working away from home and still need work to be arranged on the go.

During a surge, you have to be flexible, and be willing to do whatever needs to be done to help and support everybody.

Sometimes it could be seen that we have an easy office-based role; when actually the job comes with its own set of pressures. We have to be quick, to the point and not miss any details, on a large volume of claims all at the same time. Otherwise we waste people’s time and money.

When surge happens, it can impact the technicians and us directly for quite some time. Once the technicians have finished the allotted work, the office continues to provide administrative support for a considerable length of time. The news headlines will have moved on but people still need our skills and support to get them back into business.

The surge process can be a positive opportunity to learn; as during a surge, we start to get ideas on how we can improve the process further. We learn and improve our service after every surge event and will continue to adapt our processes.  I’ve learnt so much from this role, they say you learn one new thing every day. I believe I learn around 10 new things a day!

Louise’s Q&A brings our surge series to an end. We hope the series has given you some real insight into the Polygon UK response to surge. If you’ve enjoyed the series, then please do share on social and tag us. 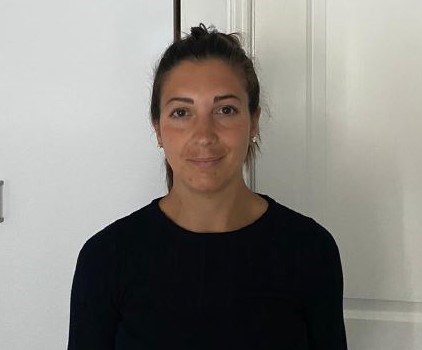