The Faces Behind Surge

A storm surge can be one of the most damaging weather events that can take place, which can occur as a result of low and high pressure, leading to heavy rain, snow, flooding and even lightning. When a surge takes place, the damage management industry sees a sudden increase in the amount of weather related claims. Although a surge event may not be one of your greatest concern right now, it is worth considering that a surge event can transpire at any time.

Behind the faces of surge: Q&A with Rory Fry

Over the course of the next few weeks, Polygon will be highlighting members of the dedicated surge team, so you can get to know the people that are working hard for you behind the scenes, to help support policyholders after a major weather event. Meet Claims Handler, Rory Fry, who joined Polygon in 2014.

I’m one of the many multi-skilled Claims Handlers who can be deployed to work in our surge team. Our role is to keep the claims moving at all times, to ensure that policyholders can get back in their homes or businesses as soon as possible or at least get them back to some sense of normality. It is also important that we ensure all the work is carried out in the right order for the policyholder. All of us in the surge team are trained to handle claims from all our insurance partners, so the role is very varied.

Busy is the word that comes to mind! There is a lot of activity at the start of surge, this intensifies as the claims arrive with us, we have to start allocating claims and book new visits for technicians on the ground.

It’s a very hectic time, as each claim varies; we could be dealing with a week-old claim or a claim that is in its infancy. Our priority no matter what stage the loss is at, is to make sure we listen to the policyholder and understand their worries and concerns. Asking the right questions at this point can help all the other people involved at a later stage. We need to establish the facts and have a picture in our minds of what the field teams will be walking into, so they have the right equipment to start works right away.

There is sometimes an element of misconception when we first contact the policyholder. Often we are the first people that contact them after they have reported their claim; some policyholders don’t understand that we’re the restoration company, not their insurance provider or loss adjuster. To set the tone, we explain the process clearly and describe who does what. This is particularly important when we are dealing with vulnerable customers.

Despite all the flooding incidents that happen each year, some people have no idea that companies like Polygon exist, or how we help them return to their homes and businesses.

People may not realise that the surge team have to commit to being trained, this is so we can work with every insurance partner and understand their particular requirements when it comes to dealing with their customers. Our experience and qualifications mean this kicks in naturally when a surge begins. There can be thousands of claims, and we have to work hard to ensure that claims are dealt with quickly and efficiently.

Any other additional insights?

I think it is important for people to realise that this job isn’t just a job, it may be stressful and busy, but it is very rewarding knowing we’re helping people when they need it most.

When surge happens, we deal with a lot of people whose furniture is sometimes beyond restoration. This can be particularly distressing for policyholders, that have heirlooms and items that hold a great deal of sentimental value. Our aim is to always restore, not to replace. The damage can be quite severe with surge claims, so we need to be confident, reassuring and go above and beyond for the policyholder. ‘Always By Your Side’ means something to everybody in Polygon, in and out of surge.

We hope Rory’s Q&A has given you some real insight into the surge process. Tune in soon to meet the next Polygon surge team member… 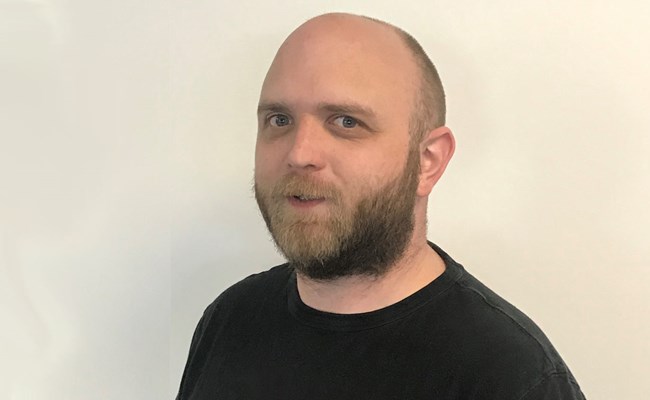