The damage suffered due to leaking pipes should not be underestimated — a 0.5mm leak could lose 20 litres of water every hour. Even if a leaking pipe is noticed, the cost and disruption associated with locating the source could be considerable. Too often walls, floors and even other pipes are unnecessarily damaged and there are no guarantees that the leak will be found as it is very often some distance from any signs of any water damage.

In the coldest December on record to date, a leak caused around 20,000 litres of water to be lost from the central heating system. Inevitably the system then stopped working. Heating engineers were initially called in but after several days of investigation they were unable to find the source of the leak. Polygon then was appointed to detect the leak.

Tracer gas was specified as the fastest and most effective technology to trace the leak and with the limited reserves of gas available so close to Christmas, the technician was able to detect a slight trace in the under-floor void which indicated a possible leak in the foyer to the crypt. 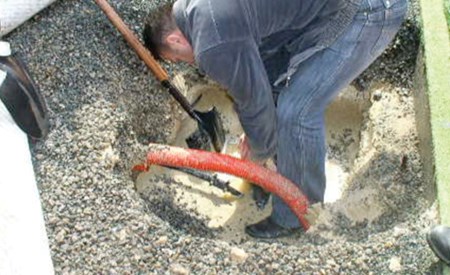