The Donbass Arena is a 50,000 capacity football stadium in the Ukraine. The UEFA Elite 5-star stadium is home to FC Shakhtar Donetsk. The 47,000m2 stadium features nearly 10,000m2 of astroturf and natural grass on the perimeter and pitch area.

When traditional methods of identifying a leak in the under pitch heating system of the stadium were unsuccessful, staff turned to Polygon to provide a solution. Third party contractors had failed to identify the source of the leak; further unnecessary excavations of the perimeter and pitch needed to be avoided.

In this case, Polygon’s non-destructive tracer gas technology was used to accurately discover the source of the leak. This technology makes it possible, in most cases, to locate the leak to within a small area.

Pressurised tracer gas is used when leaks are either too big or too small for acoustic detection. Specialist technicians decommissioned the stadiums under soil heating system and re-pressurised the system using specialist tracer gas, enabling Polygon technicians above ground to trace the leak using gas sensitive ‘sniffer’ probes. The source of the leak was clearly pinpointed to a connector valve on the halfway  line of the pitch, with the leak recording 0.1 bar  with 1.6 bar water pressure over a two-day period. This clear identification of the source ensured that excavation work was minimised — resulting in less disruption and damage to the stadium, and ultimately reducing costs.

The area around the faulty connector valve was excavated and a new metal isolation valve was installed. The system was re-pressurised to a level (3.8 bar) and areas of low pressure were highlighted and repeatedly checked over several days.

The technicians were able to recommend points in the system at which to install more metal isolation valves so that, in the event of a future leak, the system could be shut and drained more quickly and efficiently. 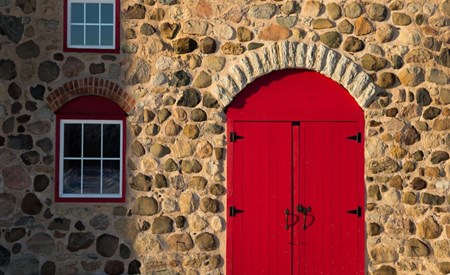 The Granary is a converted barn, domestic dwelling near Oxford, UK. The homeowner had called its...