Rising from the ashes with Polygon

Start / News and press releases / Rising from the ashes with Polygon

A fire can start instantly and continue to rage until its fuel source is depleted, destroying homes and properties, causing injuries, and taking lives. A fire can leave families, businesses and people with destroyed homes or buildings. Restoring a building or items after a fire is complex and requires experience, specific equipment, and a competent team of specialists – Polygon has all three in abundance.

One Sunday evening, a large, dark cloud of smoke was spotted rising over an elementary school in Schleswig-Holstein, the northernmost state of Germany. The complex was on fire, and the fire was spreading from the sports hall to adjacent buildings. 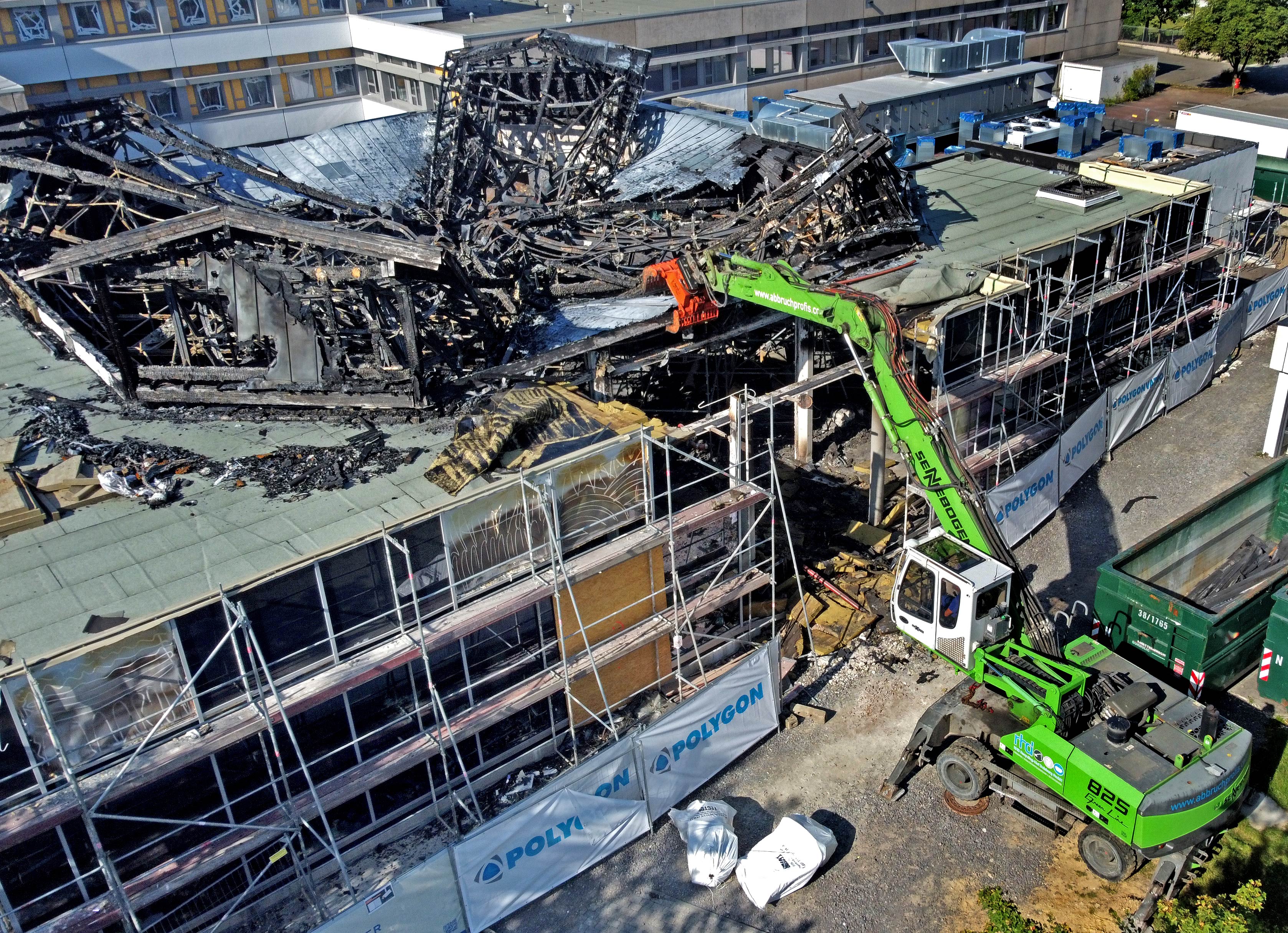 The fire brigade quickly arrived on site to control the fire, and in collaboration with other local emergency services, the fire was extinguished, preventing the further spread of the flames. Thankfully, nobody was injured, but the damage to buildings was substantial. The sports hall was unstable, and the adjacent buildings had to be closed due to heavy smoke.

The school needed to return to daily operations as soon as possible. Polygon Germany was assigned to renovate and restore its buildings. The team arrived at the scene to secure the site and clear fire debris from the affected areas.

Polygon established an inventory of items affected by the soot particles, and these were dismantled and removed from the site to undergo professional cleaning.

In addition to the actual fire damage, the damage caused by the extinguishing work also had to be repaired. Polygon's drying equipment was installed to remove the moisture that seeped into the insulation and screed. The exposed ceilings and exterior walls then had to be rebuilt. "We have between 15 to 25 people on the construction site, depending on the workload," says Volker Wenke, Branch Manager at Polygon Germany.

Education was the highest priority

Further renovation was undertaken over several weeks, starting with the classrooms. It is still uncertain when classes will be able to resume as normal. "In addition to the high level of coordination efforts by the many involved parties, it was also important that materials could be delivered at short notice," says city spokesman Christoph Hecht.

Polygon Germany worked hard to restore the premises as quickly as possible so that children could return to class and sports lessons.

In May, another devastating fire broke out in a town hall in Kreuztal, located in the Siegen-Wittgenstein district, in Nordrhein-Westfalen, Germany. It took the fire brigade more than nine hours to bring the flames under control. The staggering extent of the destruction quickly became apparent: 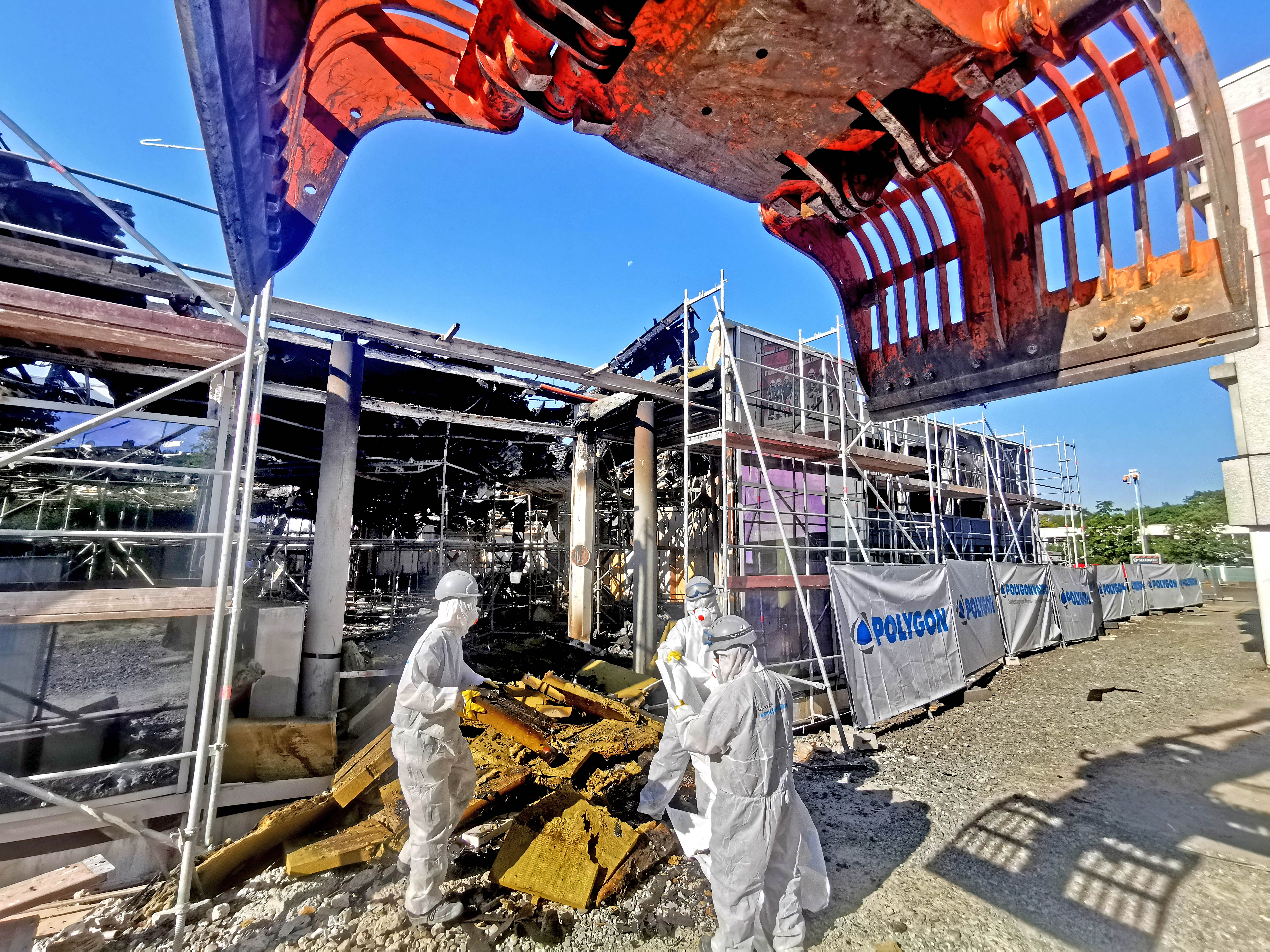 Initially, the Police restricted access to the fire's site to allow investigations to determine the cause of the fire. Polygon's team then used the grabs of a 35-ton excavator to lift vast amounts of rubble and debris from the ruins of the fire. Since there was also much hazardous waste, everything had to be sorted by hand afterwards. "Working in full protection suits, in over 30 degrees - Polygon performed an impressive job," says Walter Kiß, Mayor of the city.

The floor of the town hall had to be removed entirely because of the use of extinguishing agents, which had made the floor rubbery and unusable. Other parts of the hall, such as the laminated glass of the outer facade, were carefully put aside by the excavator to preserve and use in the new town hall.

Learn more about our services HERE.