No need to tear up the driveway with Polygon Trace & Access

When a homeowner received a water bill for approximately £3,800 instead of the usual £150 over a three-month period, they knew they had a problem. Initial investigation by contractors established that there was a leak on the external water main between the internal stop tap and the water meter located on the roadside – a distance of around 150 meters. With no evidence of an escape of water in the area, the exact location of the leak could not be identified. The only solution at that stage would have been to dig up the driveway and replace the pipework.

As a final step, before destructive damage and potentially expensive excavation work was undertaken, Polygon was called to carry out a leak detection survey. The methods used to trace leaks include acoustic profiling, thermography and tracer gas. Polygon also has the capability to conduct drainage CCTV. Polygon’s trace and access service remediates the leak, makes it safe and prepares the area for re-instatement.

Initial tests involving acoustic testing failed to pinpoint the location of the leak due to ground conditions and the depth of the pipe. A tracer gas survey was therefore carried out.

Within one hour the location of the leak was identified; high readings of gas were found to be escaping in an area next to a tree, towards the driveway entrance. Due to the volume of water lost, the insurance company authorised Polygon to carry out the excavation and repair. Two excavations were made, which revealed a small hole in the pipe. A new section of pipe was replaced to complete the repair. The water supply was switched back on and an inspection of the water meter showed no further leaks were present. The excavations were backfilled and the driveway surface repaired by Polygon. 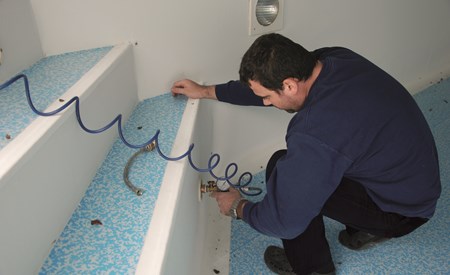 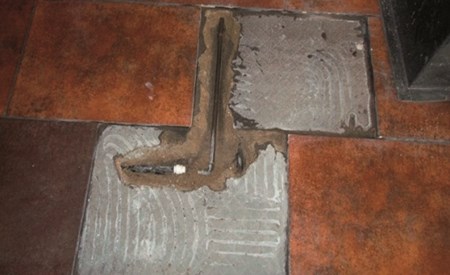 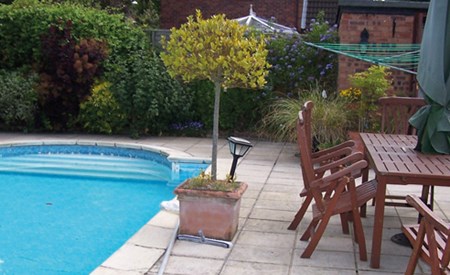