This challenge involved two separate damage claims that were made just a few months apart and required an efficient, accurate and speedy response. Both claims involved asbestos removal in the same industrial area but were triggered by different causes.

Two claims in a row

The first damage occurred in a waste centre where organic waste is stored and then processed into compost by a specific process. Due to a technical defect in one of the systems, a fire broke out that damaged the structure of the roof. The Polygon team was instructed to dismantle the damaged roof and decontaminate the affected areas. At this point, they discovered that the entire roof is infested with asbestos.

Asbestos was a common material in buildings in the 1980s due to its beneficial technical properties. However, asbestos fibres are carcinogenic and therefore dangerous for both humans and animals. Asbestos as a material is today banned in many countries.

Create their own infrastructure

Since the damaged centre is in a remote area, access to water and electricity was limited. The team had to create the necessary infrastructure themselves with generators and water pipes from an adjacent residential area. Furthermore, both respiratory protection and special hygiene measures had to be applied to protect the technicians working on site.

After the necessary safety measures had been taken to consideration, the asbestos roof was first dismantled and professionally packed. Disposal was later carried out in coordination with the responsible authorities. The steel construction was also damaged by the fire, requiring the construction to be sandblasted and then recoated. 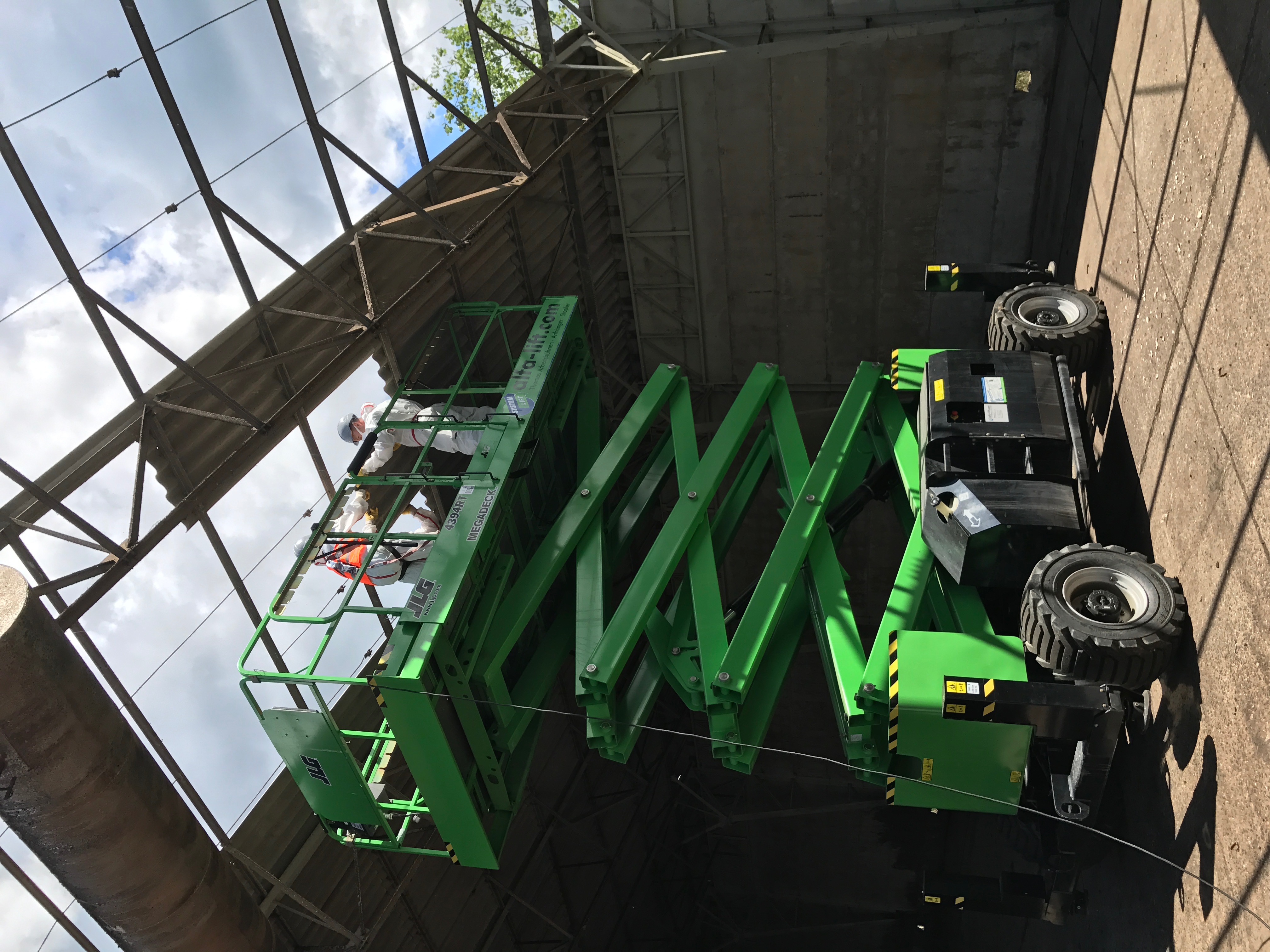 Reduce business interruption to a minimum

A few months after the first repair was completed, the roof structure was damaged again due to a storm. This time, three roof sections were damaged, with a total area of 20,000m².

Time was of the essence for this claim since the composting process being carried out within the centre must be completed within a specific time window. As such, the team did everything they could to minimize disruption to the customer’s daily operations.

Thanks to the knowledge gained from dealing with the previous damage, the team was quicker and more effective when they worked on the second claim. Due to the existing infrastructure and knowledge of the local area, the work process was more effective, and each step could be accelerated.