When a blaze broke out at a manufacturer of pest control equipment, its neighbour, OXYMAT, Europe’s largest supplier of PSA oxygen and nitrogen gas generators for hospitals, also suffered significant damage.

Due to the complexity of the affected production area, warehouse and production equipment, Polygonvatro in Denmark was assigned to manage the technical aspects of damage restoration work. This work included taking chromatography samples of the neighbouring company’s stockpile of Lithium batteries to determine if there were any fluorides or other corrosive substances at the scene.

One of the first tasks was to mitigate against soot damage so furniture and other equipment from the administration building was immediately transferred to Polygon’s centre in Greater Copenhagen. All technical equipment was sent to Polygonvatro’s centre in Svogerslev for restoration.

Once everything was safely restored and returned, production at OXYMAT could proceed as normal. Although the severity of the fire meant some pieces of equipment could not be salvaged, Polygon was able to rescue several valuable items including a prototype for a new filling station as well as 75 barrels of ceramic granules worth over 1 million DKK.

In a joint statement, Riskpoint and OXYMAT, said: “Polygon has assisted with decontamination and restoration of equipment and premises after a major fire, which helped the company return to production, faster than we expected. Polygon's expertise and efficiency have been an important factor in repairing this fire damage.”

Thanks to the great collaboration across Polygon's centres in Greater Copenhagen, Hillerød and Polygonvatro in Svogerslev and Skanderborg, OXYMAT were able to return to business as usual in no time. 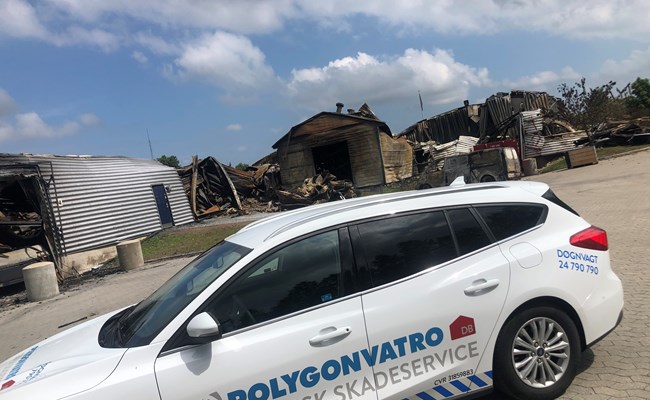