In 2013 the Siegerland motorway church was built next to the Bundesautobahn 45 in Germany. The church has always been open for prayers 24-hours a day, but recently the brilliant white exterior façade has suffered from environmental impacts. Over time there has also been damage to other areas, such as the edges of the towers. Today, eight years later, the church façade is to be renovated.

POLYGONVATRO's scaffolding team was commissioned to fully equip and enclose the motorway church for renovations. The unusual architecture of the church posed an additional challenge to the team. However, thanks to POLYGONVATRO's years of experience in scaffolding, the extensive know-how of their scaffolders, and their extensive capacities for facade scaffolding, they were able to master the project quickly and efficiently. Within just three days, they completed the complex scaffolding structure including, tarpaulins with around 850 m² of working scaffolding of load class three and a payload of 200 kg / m². A scaffolding service life of approximately two months was planned.

POLYGONVATRO has been dealing with the challenges in scaffolding for years. With special vehicles for the transport of the scaffolding and a large stock of scaffolding material, POLYGONVATRO is flexible and ready for mobile use at any time. From simple facade scaffolding to special solutions. 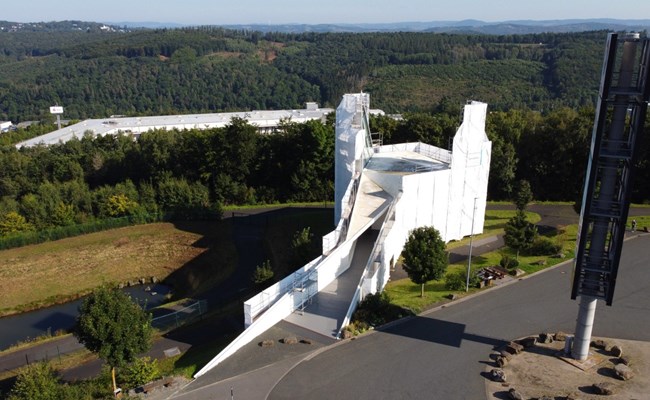