An electrical fault on a lighting unit sparked a fire at a Grade I listed Church containing religious artefacts from the 15th century. Polygonvatro quickly carried out profiling work to establish the spread of the contamination and determine which areas were in immediate danger of deterioration caused by the smoke damage.

The fire at the back of St. John the Baptist Church high altar, igniting old curtains hanging from a 7m-high pelmet. Although the blaze was short-lived, the curtain smouldered throughout the night, covering every corner of the church with potentially damaging soot deposits. Of particular concern was the chancel, which housed an ornate screen featuring a 15th century Spanish figure of Christ on the cross.

As part of its initial response, The Major & Complex Claims Team, working under our global POLYGONVATRO brand, quickly carried out profiling work to establish the spread of the contamination and determine which areas, if any, were in immediate danger of deterioration caused by the smoke damage. Thankfully, the levels recorded, and the mitigation works undertaken, meant the church could schedule in a comprehensive ten-week decontamination and restoration programme following its Christmas and Easter festivities. Employing the highest levels of training, skill and care, the project team worked meticulously to decontaminate all structural surfaces, removing soot deposits as well as historic grime.

This extensive restoration was a delicate task, with the protection of the church’s many irreplaceable and invaluable historic artefacts a priority. Thanks to the decontamination and restoration programme of the soot-affected contents and structural surfaces, everything was restored to the expected exceptionally high standard. The work was described by the client as a “transformation” that left the church in the best condition it had been in for centuries.

“We are amazed and delighted by the transformation of the church. It’s looking better than any of us dared to hope following such a devastating incident.”, said the client. 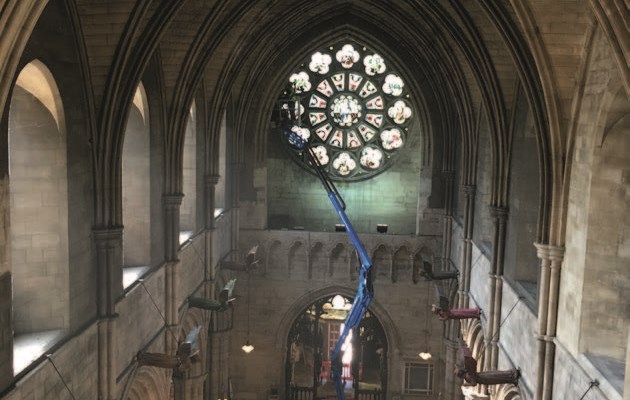