Detecting and confirming mould is often quite an extensive task, with support from technicians that in many cases having to examine places and splittning it into pieces to locate the mould. This is however not the case for a mould-detecting dog like Birla, who can do this without any damaging. So, it is a real privilege to have Birla as a part of the Polygon team!

Ole Klitgaard, is Polygon’s Head of department for the North Jutland region in Denmark. He has 30 years of experience in the business, specifically in damage and construction control, and he works with Birla, the two-year-old German Shepherd that have been trained and now have experience of detecting mould at various sites and buildings.

A mould-detecting dog like Birla is very effective in areas where you suspect that there is mould, but where you not visually can see it. Birla carries out her detection duties without doing any damage. This is very cost effective and efficient, not only for the technicians, but also for the end customer.

Birla's extensive training in many different locations, such as offices, care homes, schools, and private houses, does give Birla the expertise to be able to search in many different places. Birla has, for instance, successfully detected and located mould in a hospital and a school, where the mould was confirmed doing test afterwards. Birla is today the only mould-detection dog in Polygon. Using dogs in mould detection is an unexplored part of the industry but one that has great potential, and one that Polygon is proud to enter so early. 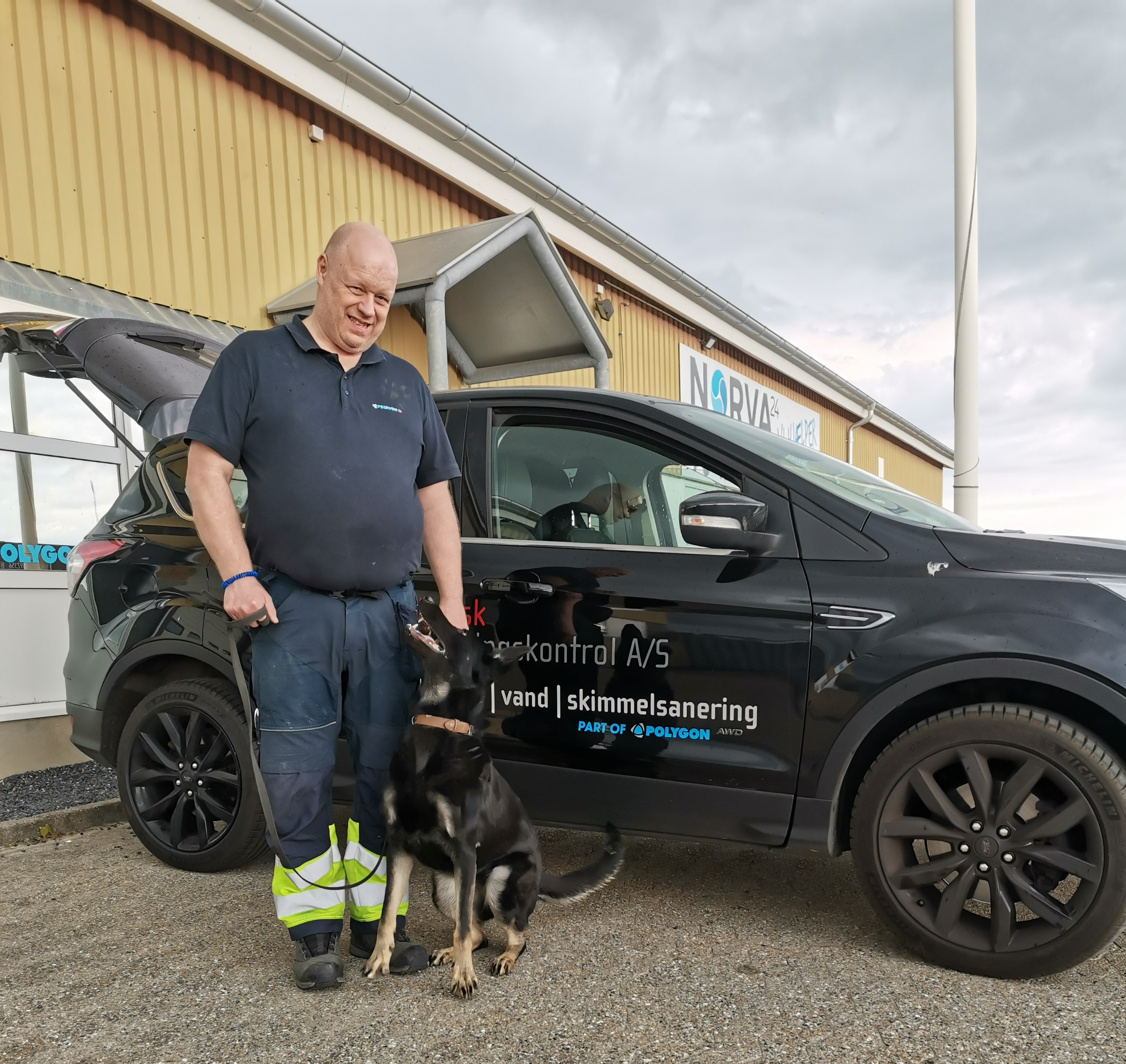 How Birla is trained

Mould is unhealthy to breathe for both humans and dogs, and therefore Birla’s training uses artificially produced mould to be able to train in showing where the Mold where it is located. It is not required for mould-detection dogs to hold a certificate, as it can be the case for search dogs detecting explosives and narcotics. Birla, however, does hold a certificate from the USA, qualifying her to work with mould detection, a confirmation of her abilities.

It takes around 15 minutes for Birla to investigate a house of 100 square metres. Usually, Ole will give Birla a short break after the first investigation. She will then do a second investigation to ensure the accuracy of the finding. Timewise it usually takes about one hour for Ole to complete an inspection. Afterwards when he comes home, a rapport will be made, and send to the responsible department.

“I am very proud of the work we do and Birla’s ability to be so effective, and accurate, but at the same time so gentle – a particular benefit for the customer. Having mould in your home can cause a lot of stress and anxiety, and I am happy that we can help with making the process easier for customers,” says Ole. 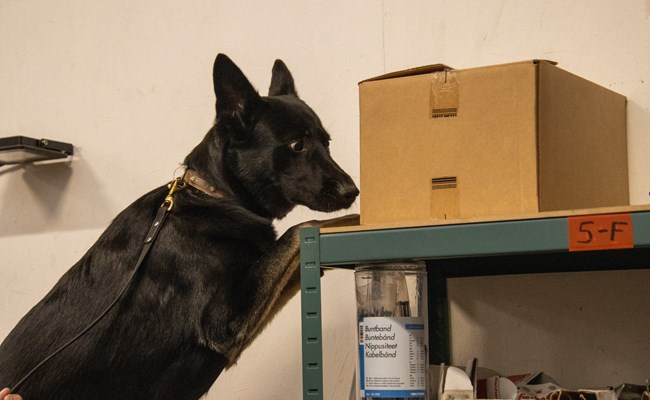 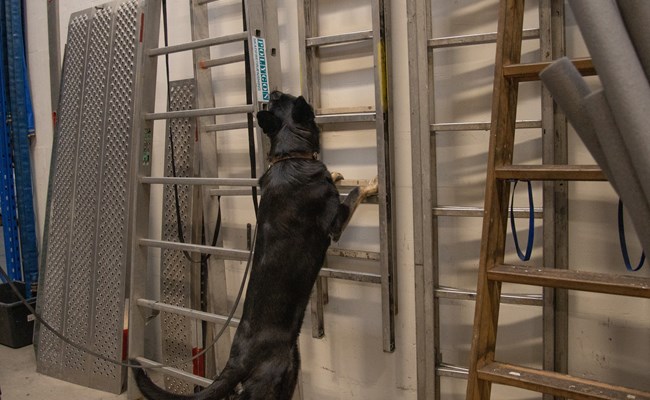 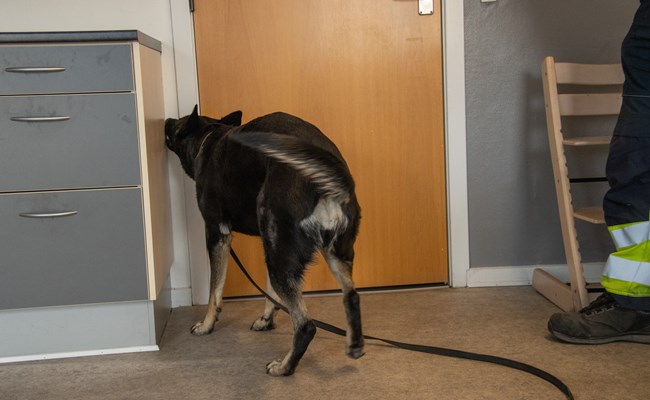 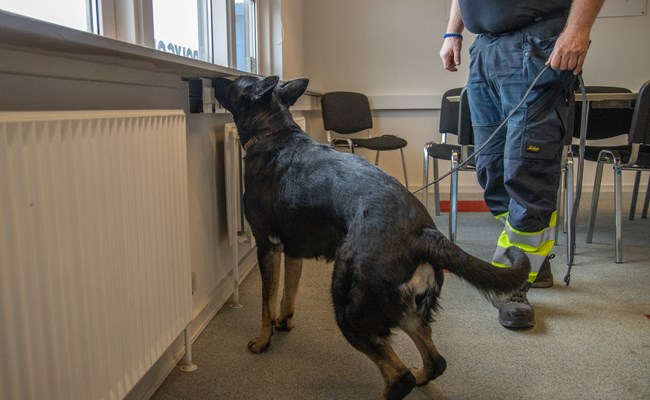