A major fire has caused significant damage to the CCI Candy factory in Drachten, Netherlands. Thanks to Polygon, the factory was operational within two weeks.

Not only was the damage extensive, but Polygon NL was also given a tight deadline. This was due to Continental Candy Industries (CCI), who are known for their Jellybean candies, wanting to be back in business within two weeks.

A fire broke out in the 8500m2 factory in April 2021, with 40% of the factory being consumed by flames. The production department, packing department, canteen, offices and corridors were drained in 10cm of fire extinguishing water from the adjacent canal. The machines, the inventory and a huge number of boxes were destroyed, and every surface had been covered in soot. However, within two weeks, they needed to be in operation and send out five truckloads of sweets off the production line. Bernhard van de Witte, Director of Operations at CCI acknowledges that he presented Polygon with a significant challenge.

Bernhard spoke to the municipality, the water board and a group of damage experts (building, machines and stock were insured with various companies) while the fire brigade was still extinguishing the fire. Mathijn Cazemier, Regional manager at Polygon, was quick to call in the right people and had the materials delivered to the site.

“After the site visit, I knew we had to provide help very quickly. The building was full of electronic equipment and those machines could not be left to rust. To do this we had to dry the entire factory, 35,000 cubic meters in total, at lightning speed. We started removing the fire extinguishing water and cleaned the factory and affected offices. Employees of the drying technology department placed drying equipment, fuel tanks and aggregates on the site”, says Mathijn.

Rescue work throughout the weekend

Fourteen hours after the fire was under control, Polygon had drained all the water. The team worked tirelessly, including throughout the weekend to get the factory clean.

“We dried the carpets, spooled cupboards and desks and disposed of the damaged packaging and lost supplies. We had extra incentive to tidy things up quickly, as employees would arrive as early as the following Monday to see the damage”, Mathijn continues.

In addition to the interior and inventory, Polygon’s technical reconditioning department took care of cleaning all ventilation ducts. Especially in the hospitality industry, as it was crucial that it was 100% clean.

To assess whether CCI could restart production, a laboratory carried out soot tests a day before the deadline. Polygon came through with flying colours.

“That didn't surprise me: I saw with my own eyes how Polygon cleaned every corner of the factory”, says Bernhard.

Bernhard continues: “The Polygon technicians came across soaking wet paperwork. Fortunately, they were very careful with this as it included electrical diagrams and specifications of machines that have been discontinued for a long time and you can no longer request these from the supplier.”

VANVALE, a part of Polygon, professionally dried, cleaned, deodorized and repackaged the documents that CCI wanted to keep so that they could be consulted again.

Operational according to plan

Bernhard, who was completely unfamiliar with the phenomenon of fire damage repair before the fire, experienced almost all facets of reconditioning in one go. He considered it a blessing that Polygon took care of so many aspects.

"A fire like this is miserable, which is why it was amazing that Mathijn was at our disposal: a seasoned specialist who knew what was needed, someone who worked flawlessly and someone I dared to fully trust. It is thanks to Polygon that we were operational again after only two weeks”, Bernhard concludes. 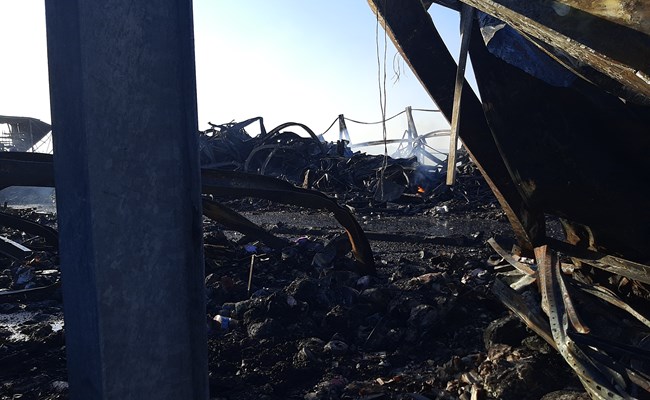 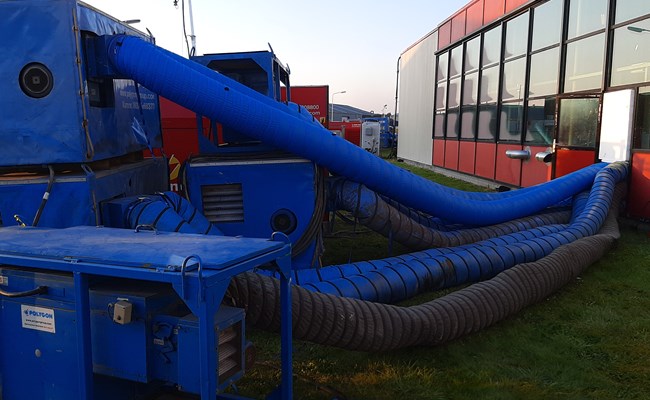