During work on the new terminal at Norway’s largest airport, Gardemoen, the general contractor made an alarming discovery in the spring of 2015. The building features a special roof structure. Unfortunately, the plywood that had been used under the roof had suffered mould damage as a result of the wet spring weather.

A tricky challenge
The mould damage extended all the way around the building, a total distance of around 200 metres. Four of our damage assessment engineers were called in to inspect the site. They soon realised that this would be no ordinary assignment. To start with, the building was a full ten metres tall. In order to start the restoration process the team therefore needed to use sky lifts. They also had to arrange cooperation with a number of other tradespeople who were also working on the site. All with their own agendas and deadlines. And in the background they had the client, who was losing money every second that construction was at a standstill. An additional factor that complicated their task was the rigorous security regulations at the airport.

Dry ice blasting
In spite of these challenges, Polygon’s engineers were able to quickly get to work. The chosen method was dry ice blasting. Utilising dry ice with a temperature of –80°C, the mould was removed from the damaged surfaces. Moisture engineers from Polygon performed moisture tests and the team outsourced an external laboratory for mould testing. When all of the surfaces had been treated with dry ice, they could verify that all traces of mould had been eliminated.

The client was very satisfied with Polygon’s rapid and effective response and responded in kind. It took an unusually short amount of time from completion of the job until the invoice was paid. 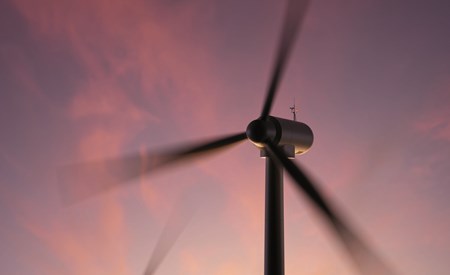 Compared to the rest of Europe, the Netherlands have relatively little sustainable energy. One goal...