A holiday message from the CEO – summarising the Polygon year

The Polygon family is growing, and I am happy to announce that we are now over a 1-billion-euro company. November was our best month ever when it comes to sales, we succeeded over 100 million euros in sales. In the past 5 years, we have doubled our revenue and tripled our numbers of employees. It is fantastic numbers to see.

During the past year we have acquired 8 companies to our Polygon family, we have grown in all our countries and are in line with our strategic agenda to be the number one in all countries we are operating in.

With that said, this year has not only come with positive news, but also with devastating novelties with Russia’s invasion of Ukraine. We at Polygon value our brand promise of being ‘Always By Your Side’ highly, which is why this year’s donation goes to UNHCR’s work, helping Ukrainian families in need.

We as a company are also proving how strong we become when we unite. During the course of this year have our employees accomplished greatness together, with cross-border collaborations offering creative ways of operating our large organisation.

I would also like to take this moment to highlight the fantastic work that my colleagues have achieved this year. By developing our services within IoT and other prevention services, have we invested in the future portfolio of Polygon. On top of that, have we worked on numerous extensive and interesting projects, that have been effectively solved by our skilled team. Following is a collection of interesting examples of the work that Polygon has accomplished across the world this year. Read the articles and learn more about our wide range of services.

But, most importantly, I want to wish you all a Happy New Year! I look forward to 2023, with all the possibilities, and challenges, that the year may entice. 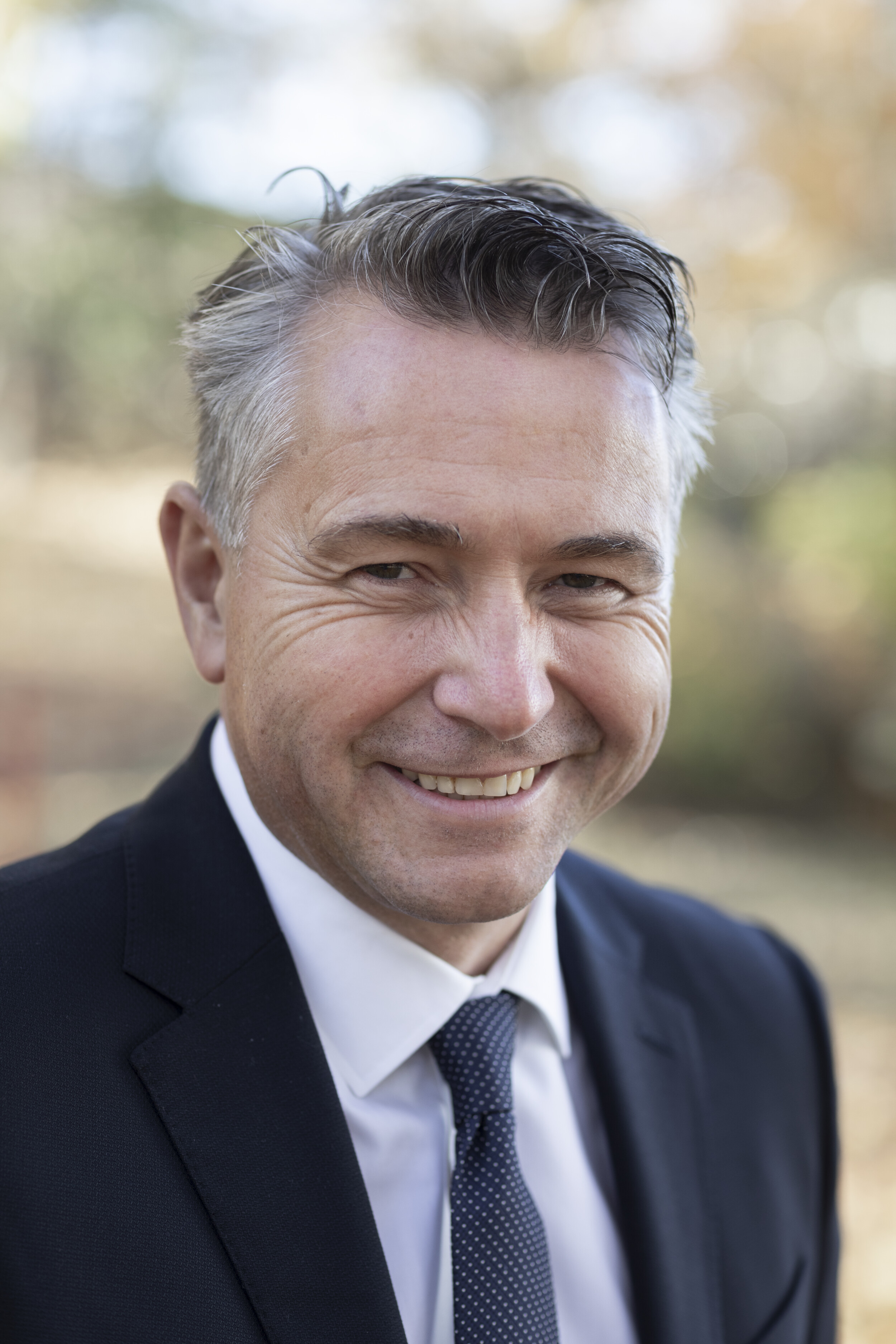 As the year 2022 comes to a close, we would like to take a moment to reflect on the many events and projects that have taken place over the past 12 months across our Polygon countries.

The central Chabad-Lubavitch library in NYC, home to a large collection of rare books and scriptures on the Jewish topic, experienced heavy flooding. As a result, some of the invaluable collections of literature were infiltrated by moisture.

The  Polygon US team was contacted by one of the Rabbis who oversaw the maintenance of the facility. Quickly, the team gathered the affected scripture and brought them to a facility where they underwent a technical drying process. This way, the damages were minimised and the scriptures were returned to the library in perfect condition once again. 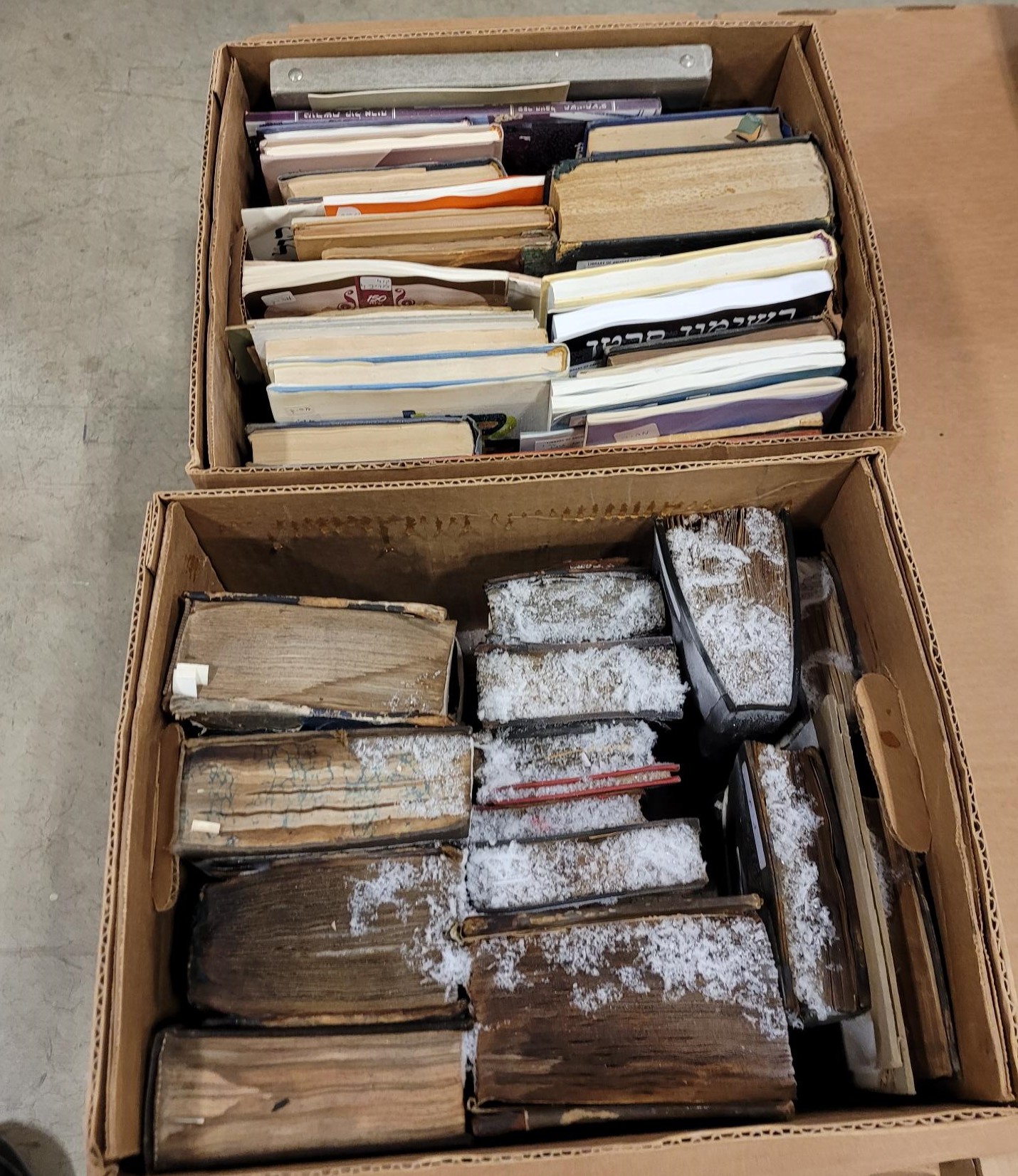 The spa hotel was in an area in Germany that during the summer experienced substantial flooding. The catastrophic events resulted in an extensively devastated facility, filled with water damages, mud and dirt.

Two floors of the major hotel complex needed a complete renovation. The extent of damages led the German Polygon team to deploy its entire portfolio of services, from drying, heating and restoration to disposal work and clean-up. 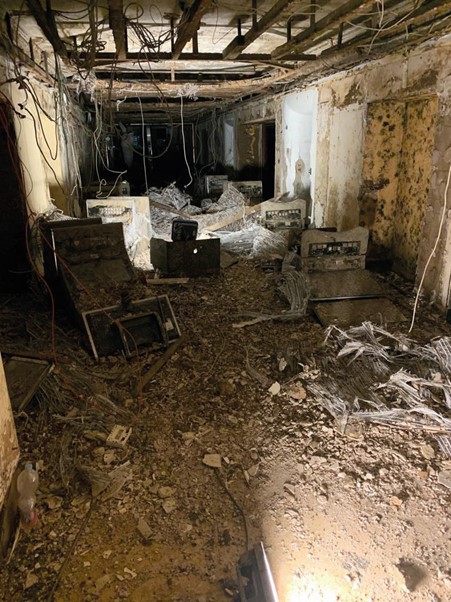 The French territory of Guadeloupe was heavily affected by the tropical storm Fiona, that ravaged through the area this autumn. Polygon France was on site in Guadeloupe at a cardboard factory, that had sustained water damages in their spaces and in their production machines. With Polygon’s vast experience within the sector, the facility was cleared out and the machines decontaminated swiftly, so that the business of the factory could continue after the storm. 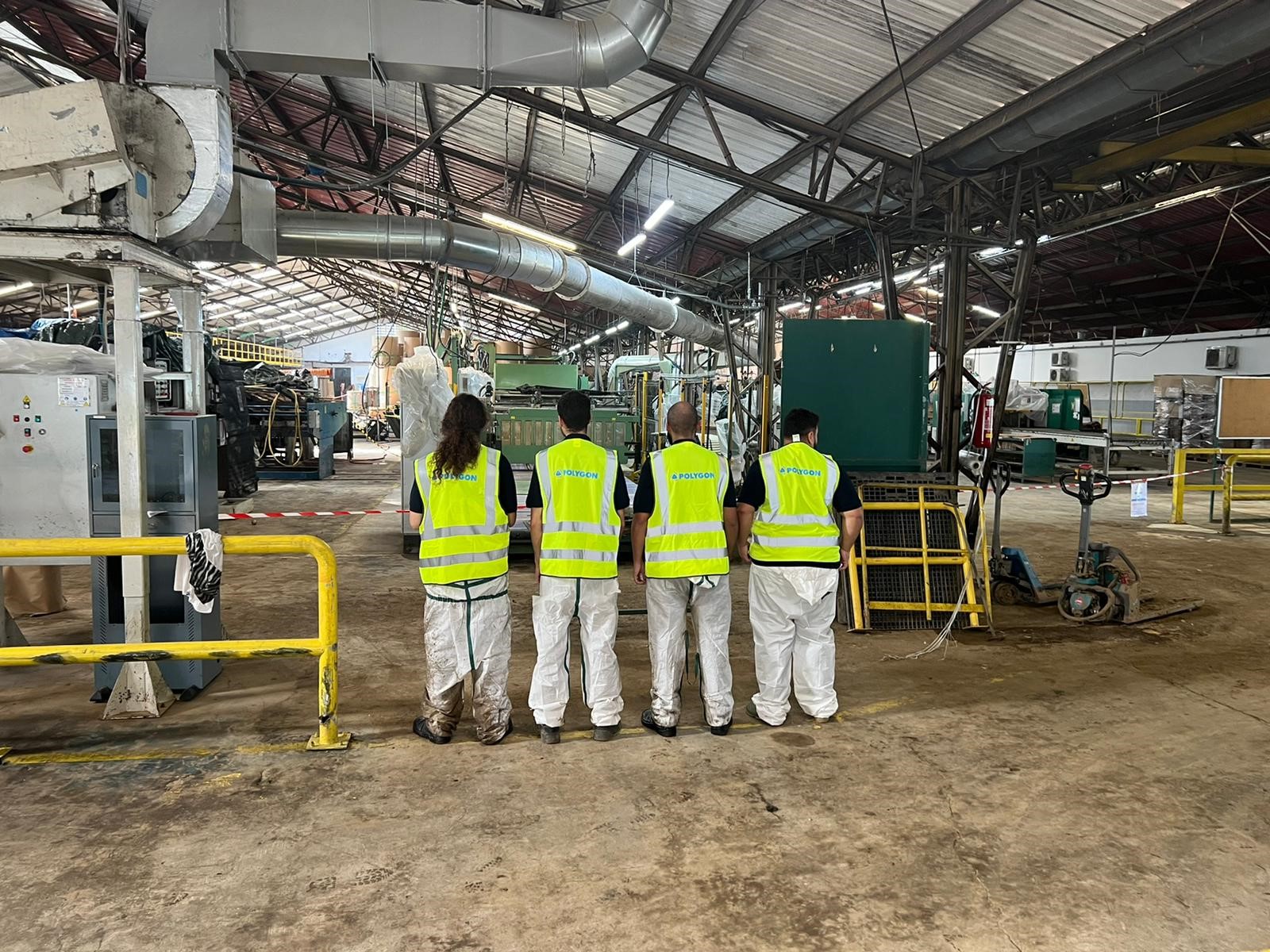 A fire broke out at a hotel in Veendam, Netherlands, caused by a pyrolysis oven in the kitchen. Staff and emergency services promptly evacuated the hotel and extinguished the fire. The fire caused extensive damage to the hotel, but fortunately no one was injured. Polygon's team in the Netherlands immediately travelled to the scene and began working on cleaning up the damage.

Polygon was assigned to carry out restoration and repair work, which included demolition of ceilings and walls, dry cleaning of clothes, and cleaning and deodorizing rooms. The hotel was back in operation within four weeks, thanks to Polygon's hard work and experience. 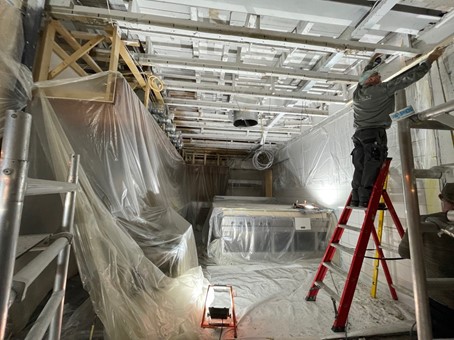 In the snowy land of northern Sweden, stands a few cozy cabins, built with large logs. These cabins had experienced issues with mould growth, both on the exterior surface, as well as the interior. Polygon Sweden was called there to aid the beautiful and unique buildings.

Transporting the necessary material and equipment to the remote site was the main challenge in this project. After carefully planning ahead, and ordering additional materials to the site via plane, the project was successfully finished, and the mouldy logs were decontaminated. 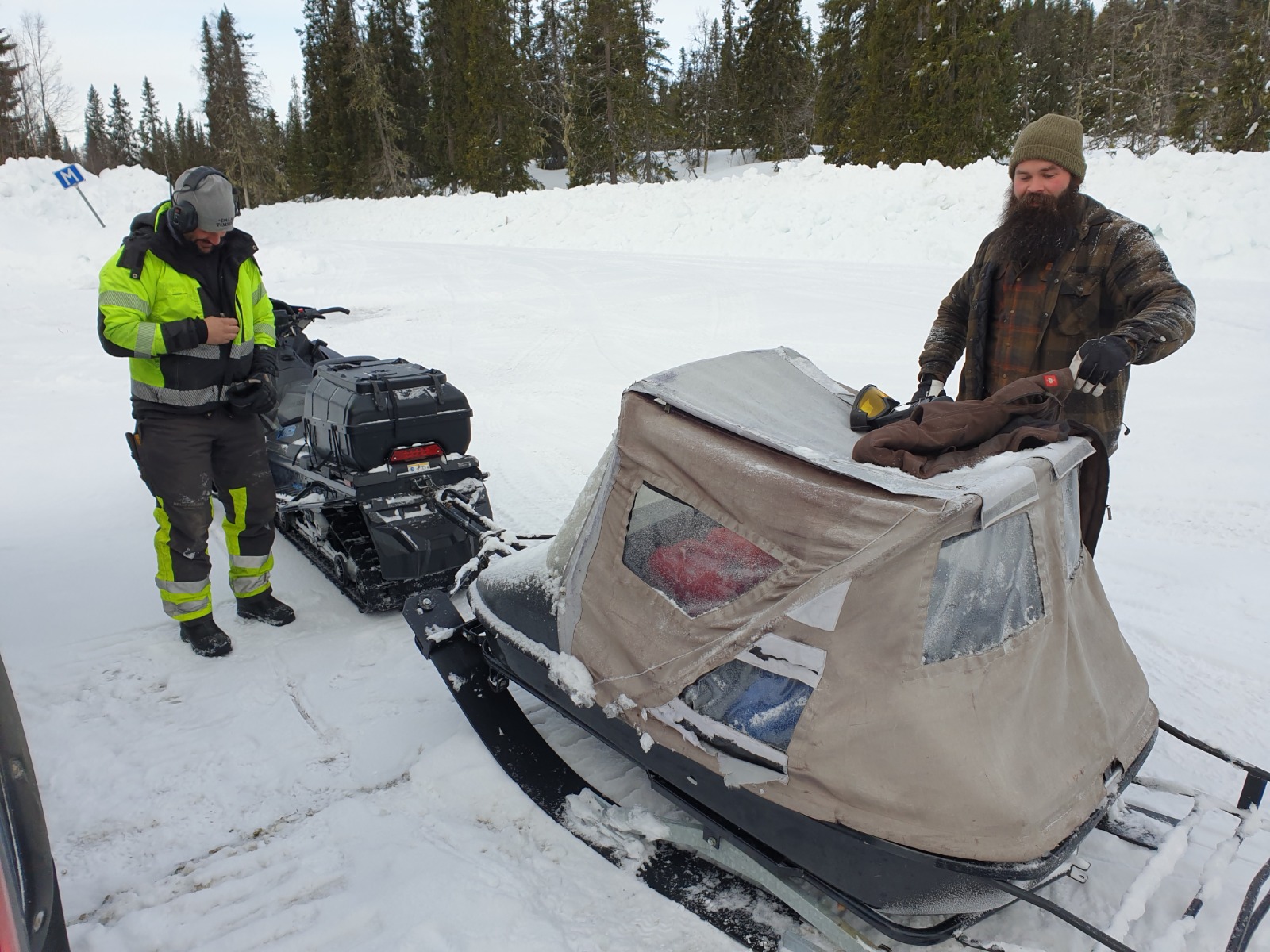 Protecting art collection in the aftermath of a blaze – Polygon Finland

A section of the roof was also demolished by the firefighters, leaving a significant part of the museum without shelter. Polygon Group company The Tehokuivaus Team arrived to provide ventilation and to protect the art collection, as well as to remove odours and protect furniture. The team also built a shelter on the museum's roof to protect the art from the elements. Some of the museum was able to reopen soon after the fire thanks to Polygon’s swift work, though some parts needed further renovation work. 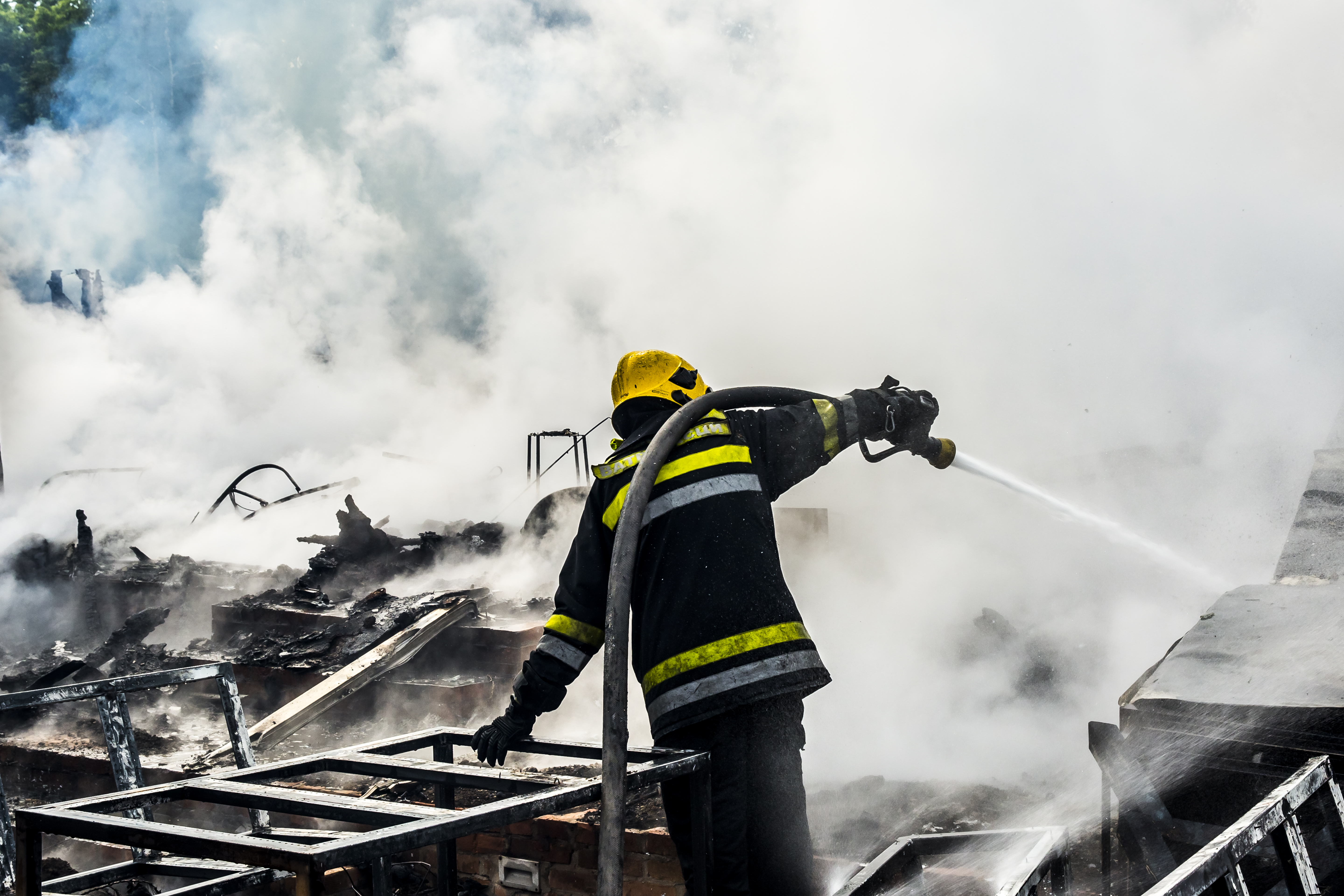 Polygon Denmark was called to assist with the aftermath of a large fire in an apartment building in Vanløse, Copenhagen. The fire had caused extensive damage, leaving dozens of residents without their homes. Polygon coordinated with various insurance companies and advised residents who had lost their homes in the fire. When our team arrived at the scene, the roof was still on fire and the building was deemed unstable.

The technicians salvaged the resident’s valuable possessions, covered the ground floor and possessions with plastic, and evacuated everyone from the building. The fire burned for around 35 hours, and when it was finally extinguished, 90 people were left without homes and nine stores were destroyed. No one was injured in the fire, and the cause is still being investigated by the police. 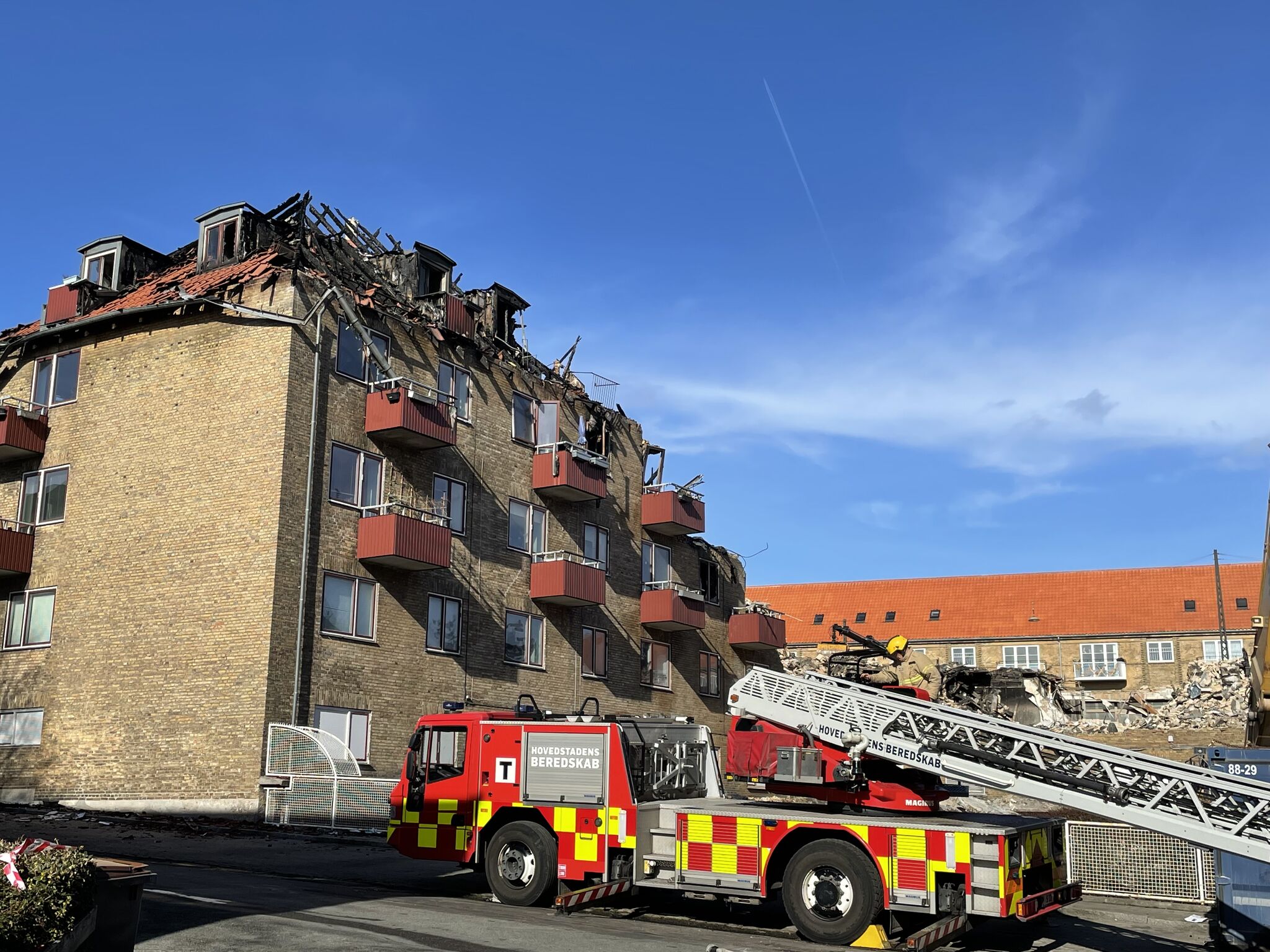 Polygon UK was approached by an agricultural business facing processing challenges due to heavy rainfall and humidity. The company produces and packages vegetables for leading UK supermarkets, including 60 million servings of brussels sprouts. Rain was accumulating on the sprouts and causing difficulties in the processing environment, threatening the quality of the end product.

The company sought to introduce a drying mechanism without compromising the low temperatures needed to keep the sprouts fresh. Polygon's technicians incorporated a TCS1350 dehumidifier into the processing setup, enabling moisture to be removed from the sprouts while keeping temperatures low. The team implemented a 12-hour drying cycle, which protected the vegetables and ensured they arrived for packing in prime condition. 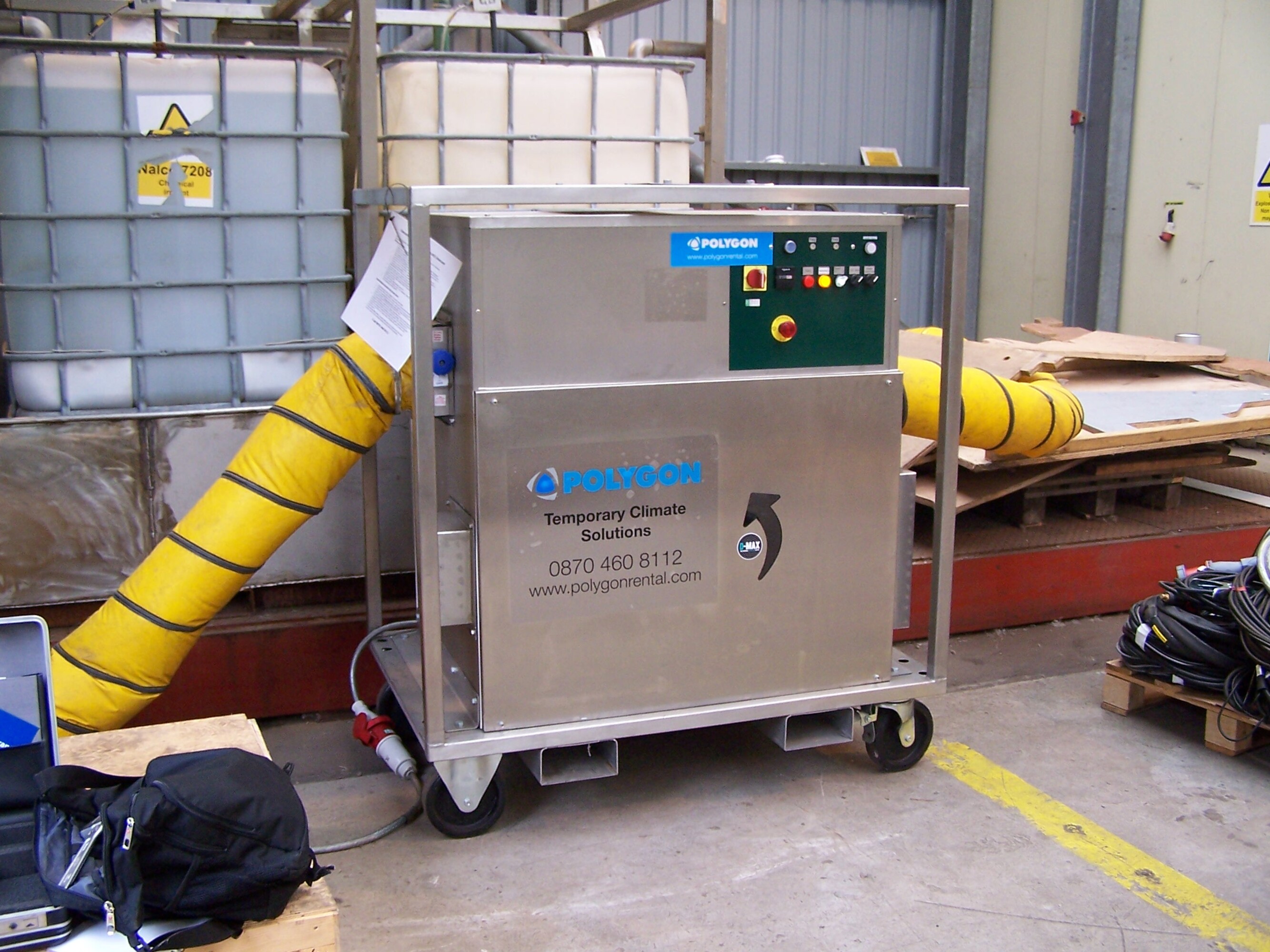 These were some examples of projects from the past year. We look forward to what projects, cases, and events the year of 2023 will bring us.